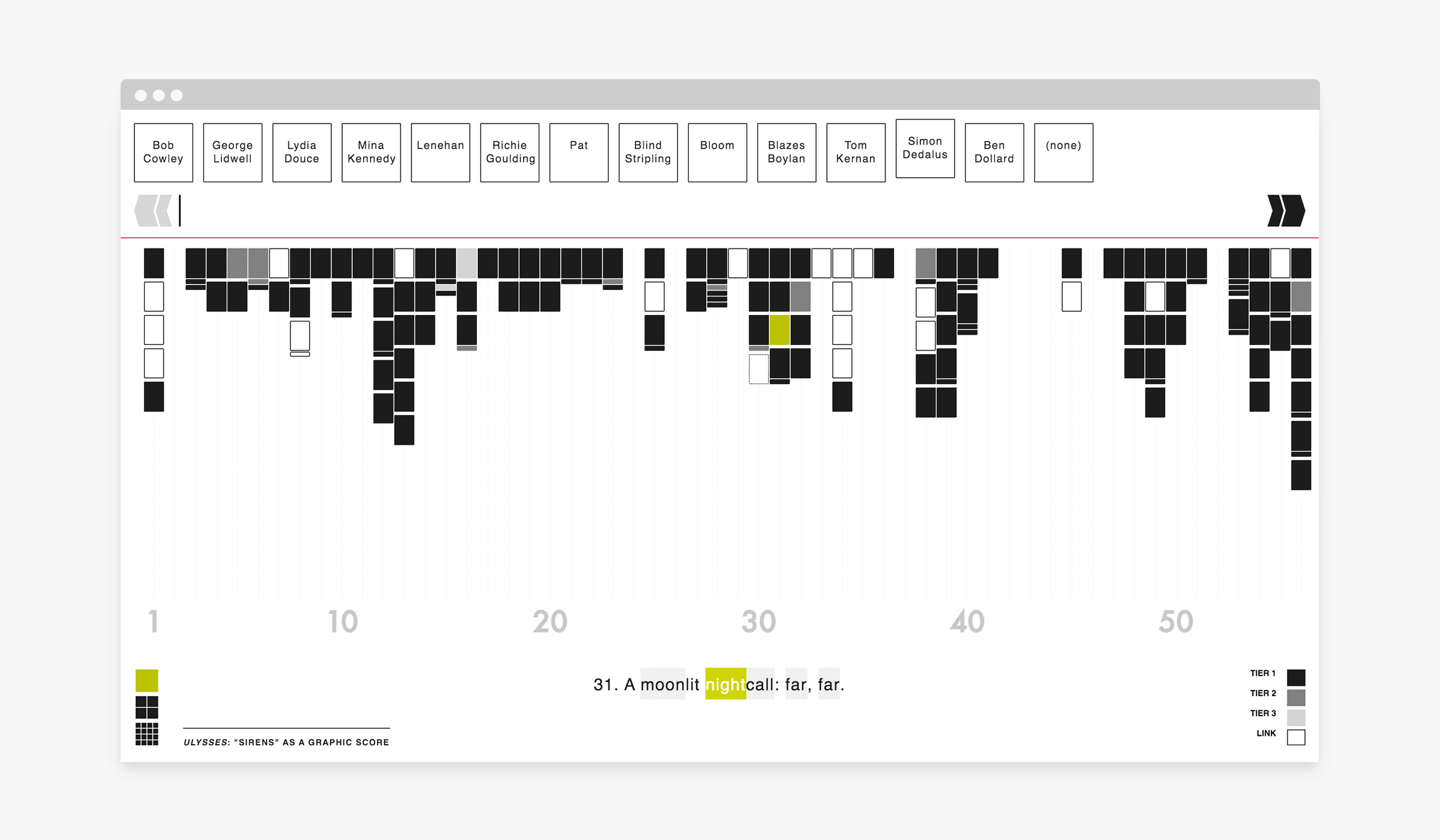 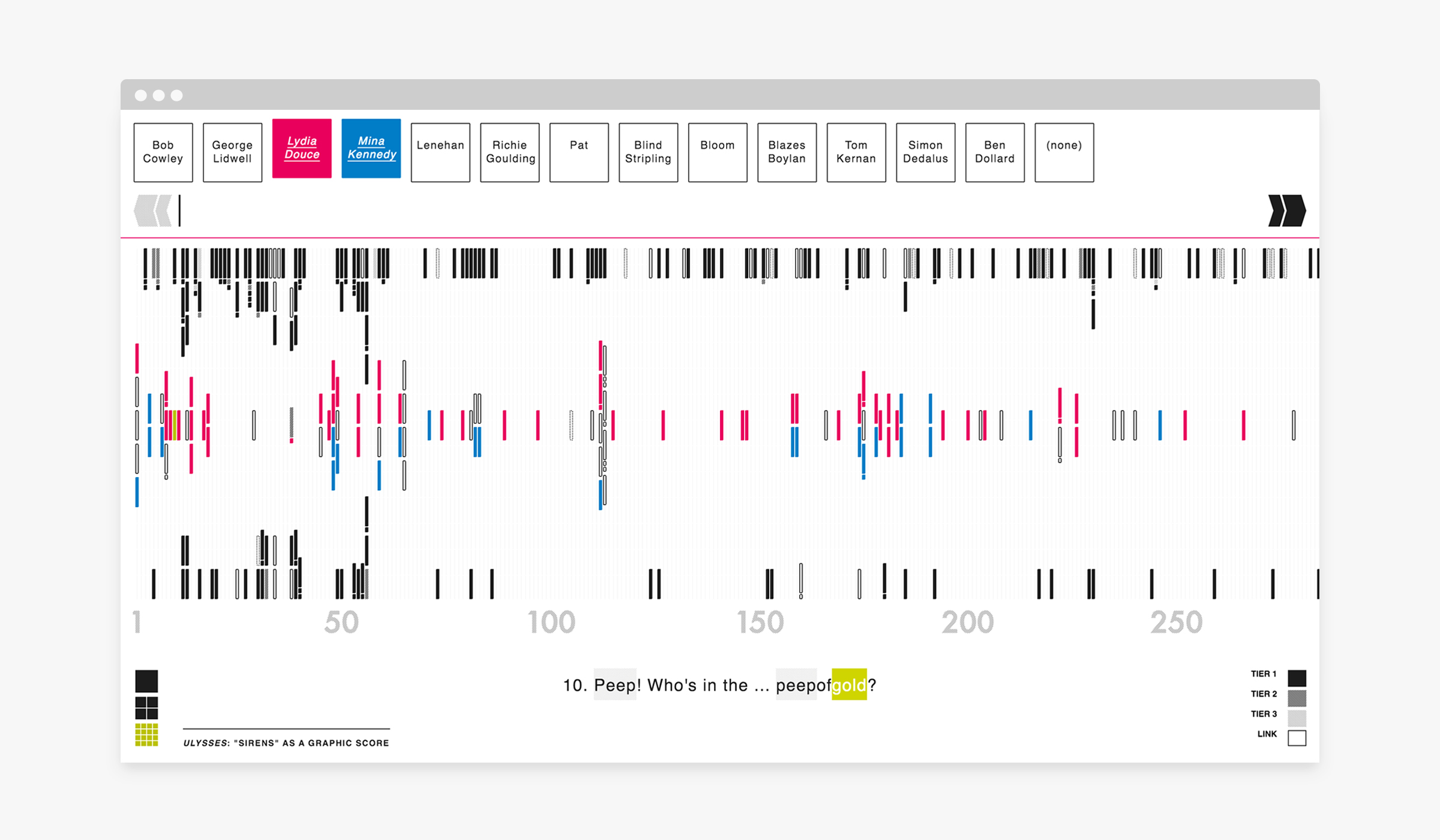 In reference to schemas for Ulysses, Joyce describes the compositional technique behind the “Sirens” episode as a “fugue with all musical notations,”[1] and as including the “eight regular parts of a fuga per canonem.”[2] While the structure of the episode remains unresolved, this project is an attempt to track and classify all of the sounds that comprise it, and depict them as a graphic score.

The first 63 lines of the chapter introduce 99 words and syllables that reappear in different forms throughout the rest of the text. The sounds ultimately act as leitmotifs, evoking the sensory presence of different characters at different times.

This visualization is constructed as a line-by-line annotation of each sound that recurs at least four times following its initial introduction. Within each line, each sound is grouped into repetitions, linked to its associated character(s), and sorted into one of three possible tiers based on its distance from the root sound. The lines are represented as columns.